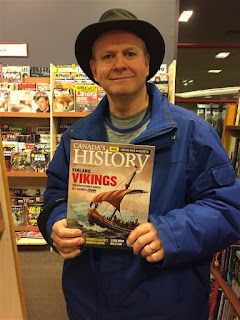 In this month's (Feb-Mar 2018) edition of Canada's History Magazine, there is a review of my book, Defending the Inland Shores.

Here is the review in it's entirety:

A key conflict in Canadian history, the War of 1812 was fought largely on the border between Canada and the United States and was far removed from the island of Newfoundland. However, in his book Defending the Inland Shores: Newfoundland in the War of 1812, Gordon K. Jones examines the unique role the Royal Newfoundland Regiment of Fencible Infantry played in this conflict.

Although many Newfoundland soldiers volunteered to fight against the Americans when the war began, they did not fight as a united regiment and were instead split up amongst the British units. As such, their experience has largely been overlooked and gone untold.

Despite their role in many key victories of the war, it wasn’t until two hundred years later that the Newfoundlanders earned any battle honours. Their regiment was disbanded following the conclusion of hostilities in 1816 and before most honours were granted. This was remedied in 2012, when the regiment’s successor, the Royal Newfoundland Regiment, received three battle honours dating back to the War of 1812: “Detroit,” “Maumee,” and “For the Defence of Canada 1812–1815.”

Written in engaging and accessible prose, Defending the Inland Shores provides a long-overdue focus on the Newfoundland soldiers who were present at some of the war’s most famous battles and who played an important role in defending the British colonies from American attacks. 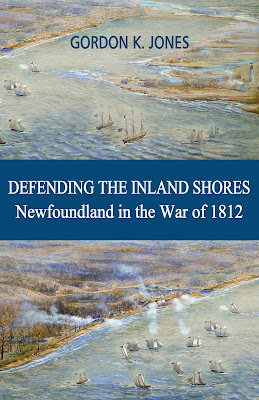 Posted by Swordsman at 9:11 pm

Now available for pre-order from Indigo, Amazon or your favorite bookstore.

Now available at Amazon and Indigo